Aphrodisiacs stimulate the activity of individual organs or tissues, or whole organism. The most common substances of plant origin include primarily the caffeine in tea leaves and coffee seeds and which stimulates the central nervous system, and through it tones the entire body, it acts as emictory. Greatly stimulates the central nervous system from the seeds of the strychnine strophanthus, causing a general rise of all vital functions, worsening vision, hearing, pain and increasing the activity of the heart, digestive and respiration. Camphor from camphor laurel, larch and some other plants stimulates the activity of the heart and respiration. Similarly act synthetic kordiamin and korazol. Alkaloid of ephedrine from horsetail ephedra causes stimulation of the sympathetic nervous and cardiovascular systems. Its synthetic analogue of amphetamine is used against fatigue, it concentrates attention, hearing and sight.

The resins are similar in composition to essential oils, contain a part of diterpenoids. They are usually semisolid, sticky with characteristic odor, mostly insoluble in water but soluble in ether, acetone. Resins are found in plants in special receptacles - resin ducts. At damage of plants the resins flow out and like a patch delay the wound, protecting the plant from drying out and the penetration of microbes, fungi. Resins are found in the needles, rhubarb, St. John's wort, ginger, kidney, and the leaves of birch, poplar, Aloe (in its sap are 25-30% of resinous substances). Long non-drying resins are called balsams, for example, fir resin - balsam fir. Resin is accumulated in plants in special forms, as well as exuded by natural or man-made damage to the bark and wood. Particularly rich in resins and balsams are tropical forks, but in large quantities, they are also found in conifers (spruce, fir, pine), kidney (birch, poplar), senna leaves, grass hypericum, juniper berries, rhubarb, etc.
Long since fragrant resins and balsams were used as incense,nowadays they are also widely used in cosmetics, medicine, are derived from pine, fir, St. John's wort, rhubarb, birch buds, etc. During the distillation resins are remained in the sediment, and the purified essential oils are deteriorated faster. For this reason, the Chinese and Indian fans of sandalwood retain flavor for decades, and the smell of sandalwood essential oil, applied to the tree, disappears after a couple of days. Like cinnamon, cloves retain the smell for years, and their oils are evaporated quickly and spoil.

The main macronutrients: gold, potassium, calcium, magnesium, sodium, phosphorus, chlorine. They not only form tissues and bones, but also enhance the body's ability to kill germs and parasites.
Gold (Au). The healing properties of this metal have long been known to many nations of the world. The literature describes cases of successful gold treatment of severe diathesis and other diseases. Its disinfecting properties are used for the purification of water. In a large quantity in Erysimum.

This is volatile, with a strong characteristic odor and flavor, oily, water-insoluble, substantially colorless or lightly colored liquid. Unlike these fats they do not leave grease stains on paper because are evaporated already at room temperature. Essential oils are formed exclusively in plants, but have extremely strong physiological and pharmacological properties. In pure form, they are obtained by steam distillation, absorbing by fats, sometimes are squeezed under pressure or extracted by liquid carbon dioxide and other solvents. In herbal medicine, they are used not only purified, for example, for inhalation a device “Fitton”, but in tinctures that are made on alcohol, given the insolubility of terpenes in water or in steam as, say, it is done with sage leaves or eucalyptus for rinsing. Essential oils are soluble by alcohol, ether or fats and in such forms are widely used in perfumery. Essential oils are also important in the food industry - in herbs and spices. 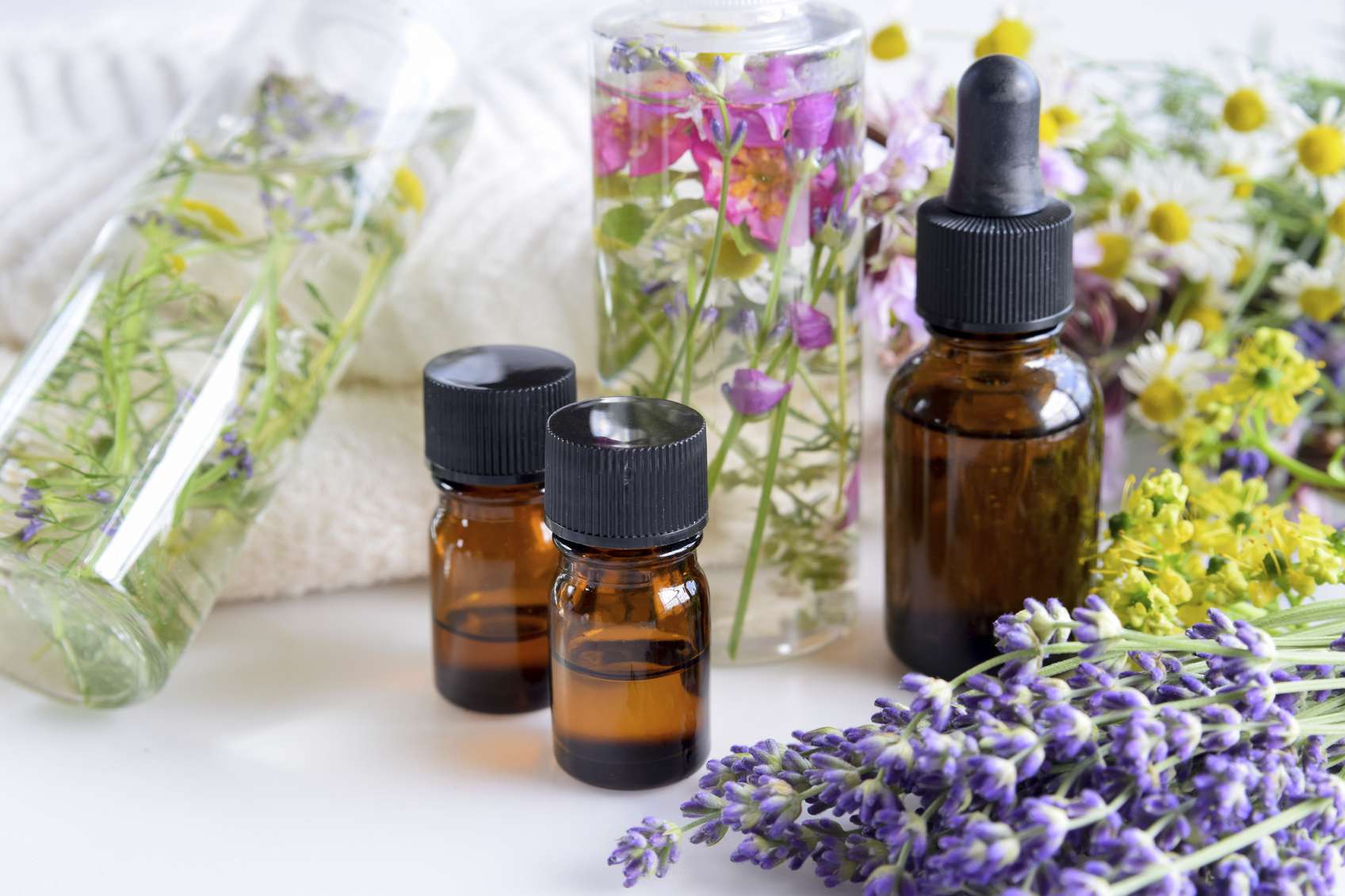 They can be of both plant and animal origin. Depending on the chemical nature at room temperature, they may be liquid, thick and stiff. Chemically, they are esters of fatty acids with glycerol of various nature, trihydric alcohol. To one molecule of glycerol is joined three acid molecules, identical or different. Under the influence of sodium or potassium hydroxide ester bonds are interrapted, fatty acids form salt with an alkali, which are common soap, solid sodium, liquid - with potassium and glycerol is remained in solution.